The Story of Ruth

The Story of Ruth

If you know the Chris Tomlin song inspired by this verse- “Where you go, I will go, and where you stay I will stay. Your people will be my people and your God my God.”- the story of Ruth is where you find this verse. 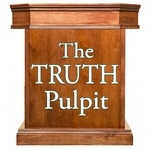 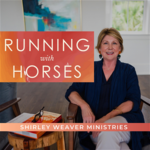 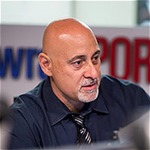 WHAT is going to be more than $3 million?!?
The Adam Gold Show
Adam Gold

1398. Martin Luther
The Daily Platform
Bob Jones University
Important Note: These transcriptions are generated automatically and aren't perfect. We have generated them and made them available to aid in search and accessibility to the shows on our network. While we are constantly working to improve the technology and accuracy, we can't respond to requests to fix errors at this time.

Hi this is breathing welcome to the Salvation Army's words of life. Welcome back the words of life. I'm Bernie Dick and I'm Cheryl Gallant. I love the story of the woman held the sharing today.

If you know the Chris Tomlin song inspired by this verse where you go I will go and where you stay I will stay. Your people will be my people and your God my God, it's the story of Ruth and that's where you find this verse.

So have you ever heard that some of our well as member preparing for this week. I was asking Cheryl. Full disclosure to remind me and that as she starts singing me on the radio. You know beautiful story just now taken from this verse but really about our devotion to God.

Again, like where you go God I'll go where you state when you staff say whole imagery right of the children of Israel in the wilderness to have the pillar of the cloud by night or by day and the fire by night following God wherever he goes. Because where he goes there's life where he goes he has something amazing for us. So it's learning to follow him let you know a lot more about Ruth that I do well yeah maybe I don't know but I think I loved. I just read the story of Ruth and I love it that her devotion to Naomi, her mother-in-law when she could have left you know and when Naomi told her you guys leave the two daughter laws you leave and go back to your people know Ruth says now where you go, I'll go where you stand. Stay in and and it just shows her devotion but it also shows the journey that got Ruth to her kinsman redeemer right and then eventually Ruth becomes a part of the lineage of Christ. Someone is very ordinary, who just says Lord mother in law all go where you go right but ultimately she's following the will of God and that is just a again a beautiful simplistic picture of when we just say yes to God.

When we just follow him right. We don't know it's on the other side we not know it's coming, but he does and it's that pure obedience and devotion to him. It allows us to experience so much in life that we never would and extraordinary things. When we think we don't we don't have the capacity for that. That's not looking at her at what we have to offer.

He's just saying I want your yes I want your I'll go you will surely be doing the next series of words of life with this passion though, just exude as we talk about these characters.

While this is exciting stuff because you know I feel like God wants us to know we all have purpose.

We all have purpose. It doesn't matter where in life we find ourselves.

You know, whether were a student at college or whether you're a mother at home or here in in the workplace or you're in ministry or wherever you find yourself right when you say yes to God, he will provide and he will show you the way right and healthy things that you've never imagined that you could accomplish because of your yes to Jesus. We hope that you be encouraged by this story of Ruth welcome welcome to romantic movie night this woman story runs the full range of human emotions. Grief to try Ruth tells one of the greatest love stories ever told move over Rhett and Scarlett leave it to our creative God to provide a love story to end all love stories. This is not just about love, for love's sake, but love with that purpose and a plan. Love that would change the course of history. This is the story of how Ruth nodded you loved her husband, her mother-in-law and the end. Her God.

She was raised in Moab Moabites did not believe in God. Moabites were pagan and excluded from relationship with Israelites Ruth would end up married to an Israelite, even though they were forbidden from this association. The greatest example of mother-in-law relationships began as a result of this wedding. Ruth became the daughter-in-law to Naomi and a fierce love began to grow. Naomi lost her husband and both her sons while living in Moab do to her husband's decision to move their there are no dry eyes left in Moab.

Three widows, no children, no relative to care for them. Naomi knew she needed to return to Bethlehem the daughters-in-law begin the journey with her. She implores them to return home to your people receive the blessings the Lord will be kind. The response was really motion one daughter-in-law returns to Moab. However, Ruth clings to Naomi a decision for destiny, no matter how fervently are numerous. Naomi pleaded for her to return home. She could not convince Ruth to leave her. Ruth gives this statement. Where you go I will go where you stay I will stay.

Your people will be my people, your God will be my God, this shows Naomi's relationship with God. How proud God must've been with Naomi interfaith that are example led Ruth to her own relationship with God. Naomi returns to Bethlehem broken an empty but through her daughter-in-law God was about to bring extraordinary blessings. This is where the story develops an element of swoon. Enter Bo as a wealthy relative of Naomi's husband, Boaz was known as a kinsman, a special family representative Ruth let's go over past to turn her focus on taking care of Naomi. They may be in Naomi's homeland, but they're in the same situation. Widows and poor to care for Naomi.

Ruth begins to glean the fields left over seeds. The plot thickens as Ruth ends up gleaning in a field. Boaz owns coincidence I think God Boaz visits his foreman pauses sees Ruth and inquires about the new girl. Boaz speaks to Ruth stay close to my field and here she found protection, friendship, and despite Ruth thanks Boaz never complaining. What an amazing attitude when she reveals she has a Moab night. She's accepted.

Ruth seeks Boaz's favor. This is where we would cue the music. Boaz told his foreman to let Ruth glean among the already gathered sheaves and to purposefully leave some grain from the bundles Ruth returns home to tell Naomi about her meeting. The discussion between Ruth and Naomi went beyond mother and daughter in law.

He's a kinsman. Ruth agrees to follow Naomi's advice. What we learn about friendship from Ruth and Naomi. They liked each other.

They loved each other.

They were loyal. Naomi realizes that Ruth and Boaz would require a bit of matchmaking. Naomi did not compromise Ruth's virtue, but Ruth would propose to Boaz.

Naomi knows just how to orchestrate this Boaz is a relative, he could be there kinsman redeemer in Jewish law. This person was required to buy back or redeem land, they were responsible to carry on the family name by marrying the widow he could qualify to marry Ruth under the law is taking care of Ruth through the harvest, shows his interest in her. Boaz is going to be at the last night of the harvest. She knows Boaz will be there on the threshing floor. Naomi gives last instructions.

Ruth replies that she will do everything Naomi has told her to do. It shows her willingness to marry Boaz pretty gutsy.

The scene of our movie is the threshing floor. Why is Boaz there Ruth come softly, just as she has been instructed. It's midnight and Boaz awaken startled expecting thieves. What a surprise an extraordinary surprise when he discovers a woman had his feet. Ruth identifies herself.

She presented herself as Boaz's servant, spread your garment over me. Scholars say this was her way to say I'm a widow take me as your wife, Ruth proposes she indicates he's a close relative, and according to Jewish law. Boaz has the responsibility to marry this widow in order to carry on a limb elects name. This should be the end. Then comes the word except Boaz is response.

Boaz meets with the other candidate. He wants no part of Barry Ruth. Boaz sighs with relief while Boaz is meeting he sends Ruth home. Ruth's anxiety is sky high whom will I marry Boaz Knox and he enters alone. Boaz and Ruth Mary they have a son. Naomi becomes the nursemaid to her grandson, Boaz and Ruth become the great-grandparents to David King of Israel, but that's another movie. Ruth reminds us that no matter what lies in our past and no matter how difficult our circumstances may be a little bit of faith makes an extraordinary difference and in our obscurity and in the mess of what may be our lives. God finds a way to use the most unlikely ordinary people in ways we could never imagine Ruth and Naomi were ordinary women with an extraordinary commitment in their relationship and faith in their God. This week I pray that God will show you the extraordinary in the ordinary, the Salvation Army should doing the most good means helping people with material and spiritual needs become a part of this mission every time you give to the Salvation Army visit Salvation Army USA.org to offer your support and love to hear from you. Call one 800-2299 65 email us radio USS.Salvation Army ductwork tell us how we can help share prayer requests per share your testimony.

Would love to use your story on their can also subscribe to our show on iTunes or your favorite podcast work and be sure to give us a rating search for the Salvation Army's words of life, both on social media for the latest episodes extended and if you don't have a church home invite will be glad to see this is Bernie Dick join us next time for the Salvation Army's life