Truth Matters 011122: The People and Legend of Babylon

Truth Matters 011122: The People and Legend of Babylon

A Tale of Two Cities Part 1
Wisdom for the Heart
Dr. Stephen Davey 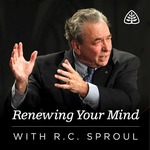 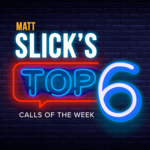 Cultural Background to the Hebrew Bible and Updates on a Counter-Missionary Challenge
Line of Fire
Dr. Michael Brown
Important Note: These transcriptions are generated automatically and aren't perfect. We have generated them and made them available to aid in search and accessibility to the shows on our network. While we are constantly working to improve the technology and accuracy, we can't respond to requests to fix errors at this time.

This is his daily devotion with Dr. Cheryl Davis matters is a ministry of the project whose mission is to empower many women in the Christian faith, teach biblical truth in the culture of the marketplace of ideas using the Bible as a sacred trust of truth and sharing the message of Jesus. Learn more about the ministry of the truth project at www.projecttruthmatters.com today. More about the people by legends of Babylon, is a host I'm Dr. Cheryl Davis and you're listening to truth matters. The history of pagan religion in the world I simmering Nancy was Nimrod's wife conceived a son miraculously by a sunbeam. She offered him up as the promised deliverer of the earth. His name is Tamez when he reached manhood. He was killed by wild boar, but raised from the dead after 40 days of his mother's weeping as a result of this mother child cult was developed and spread throughout the ancient world and Syria. The name was Ishtar and Tammy's in Phoenicia was asked Hart and Dale and I'd like to note here that Jezebel who originally married King Ahab and historic Israel came from Phoenicia and she and her father was a priest of as tart and they'll in Egypt is known as Isis and arthritis in Greek is Aphrodite and Euros and in Rome it was Venus and Cupid. This religious cult developed its own little liturgy worship by the offering of wafers to simmering SS, the Queen of heaven. They observe 40 days of absence known as Lent. On that memorializes the 40 days of her weeping and there was a feast.

Following the absence to celebrate on Thomas resurrection part of that celebration was exchange of Ishtar eggs symbolizing new life which is where our word Easter comes from the word Ishtar, even the sign of the cross which is used in many liturgies was the pointing of the T, which stood for damages due to any of the sample mirrors what I want ASCII I and I know that on rent is very familiar Easter eggs is very familiar as tart and bail on the cross that some aspects of modern Christianity has origins in the pagan religion of Babylon, and these are not times that the Christian is authentically something the wrong way. I'm dissing the festivals that we observe have history in pagan religions like Easter eggs. For example, but we find reference of this pagan religion in the Old Testament on Jeremiah Sharpley can Sharpley condemns the nation of Israel for her worship of the Queen of heaven and we are talking about Nimrod's wife simmering us, who is the queen of heaven. So let's go to Jeremiah chapter 44 versus 15 through 18. And all the men who knew that their wives had burned incense to other gods with all the women who stood by a great multitude, and all the people who dwell in the land of Egypt, and pathos answer Jeremiah saying is with the word that you have spoken to us in the name of the Lord. We will not listen to you, but we will certainly do whatever has gone out of her own mouth to burn incense to the Queen of heaven and pour out drink offerings to her as we have done we and our fathers, or kings and princes in the cities of Judah and in the streets of Jerusalem for then we had plenty of food were well off and saw her the sense we stop burning incense to the queen of heaven and pouring out drink offerings to her. We have lacked everything and have been consumed by the sword and backgammon. This speaks a lot about the condition of the hearts of the Israelites and stiffnecked people that Jeremiah preached they were drunk with the world and they look at the words the security was going to truth matters with Dr. Cheryl Davis matters is a ministry to project a lot of raised ministry teaching theology goes inside or outside of the church.

If you'd like to listen to these messages on demand to project matters.so click on the podcast link.

Dr. Davis is also available to speak to your ministry or church function. She can be reached by email at Cheryl davis@projectmatters.com.

You can hear truth matters weekdays on this radio station at 8:20 AM and 5:20 PM full length teaching program on Saturday after noon 1230 till next let's all work together to teach biblical to assist equipped edify and encourage one another and bring the gospel to the world because matters